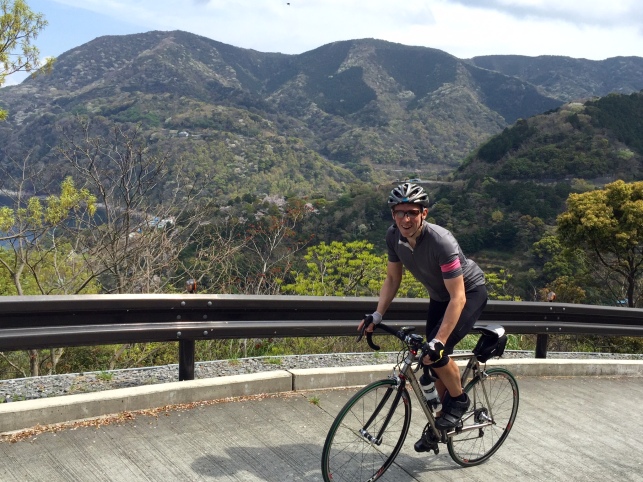 Sakura petals were sprinkled liberally over the road, like we were following in the tail of an eighty mile bridal procession, whilst the hills up on our left and across the bays and inlets on our right were painted in creams, purples and pinks. I never thought this weekend ride through the Izu peninsula would be about the cherry blossoms but once we started there was barely a stretch of road where there was not at least some flourish of pink among the trees, and often complete avenues of it. A perfect Japan spring ride, albeit discovered somewhat accidentally.

We’d started from Numazu, the initial traffic unavoidable but quickly tailing off once we’d turned onto Route 17 which would take us down along the craggy western coastline. Leg and arm warmers to start with, the temperature still brisk until mid-morning when it warmed up, and the hazy sunshine set a lazy holiday vibe to the day, just as it should be. This is what it’s all about!

The constant up-down terrain of the west coast was quite unlike the long alpine-like climbs and descents of the Okutama and Yamanashi mountains, or the fast flat riverside paths of the Arakawa… it really takes it out of you. But the sparkling ocean off to our right relieved any flagging spirits, as did the generous sushi lunch we had in Toi onsen. But after Toi, the traffic thickened and we slowed down, scanning our map and our phones for side roads that could avoid the tunnels and the trucks, taking us through the narrow steep streets of sleepy fishing villages, up and down steps, and once or twice a spiraling swear-inducing 23% climb. But with a bit more planning we could avoided the worst of the traffic – a lesson for next time.

The highlight was our last stretch for the day, when we turned off for route 121, a meandering climb from sea-level to the modest 350m Jaishi Pass, ushering us into the beautiful inland hills of southern Izu, tea-fields surround us in the late afternoon light, a mysterious exquisite silence, but for the purr of our chain and the quiet murmur of our thoughts. 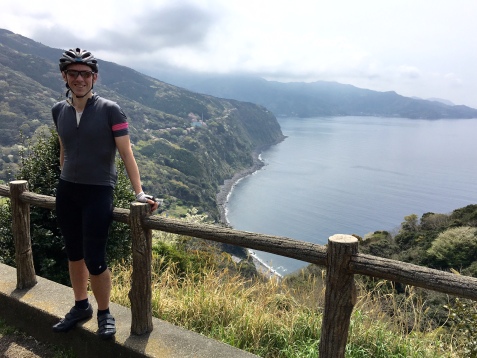 Day two, and we awoke to a morning darkly overcast and the wind violently shaking the glass panes in their window frames. An explosion of Sakura trees in bloom provided a canopy over the river-side path down to the coast road, until the colour was inevitably washed away by the monochrome blue and grey of the sea and the coast, and we were now buffeted by it’s strong gales. In a word, it was… perfect. We were primed for the empty lonely ribbon of road ahead of us for the remaining 40km to Matsuzaki, nothing to pull our attention away from the short snappy climbs and descents, adding up to a kilometre’s worth of climbing and descending in this short distance. 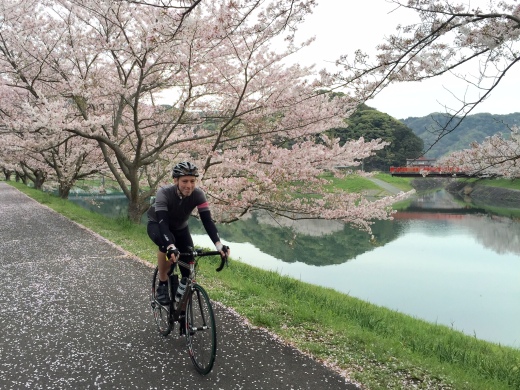 At Matsuzaki, crossing the same intersection we crossing yesterday, we veered inland again this time on Route 59, cutting a north-east path to the centre of the peninsula. It was 22km to Nishina Pass, at 900m above us. A fast and flat 5km approach hardened gradually into a proper climb. Tunnels of trees, crumbling cliff walls, wide open views to the ocean… it had it all. 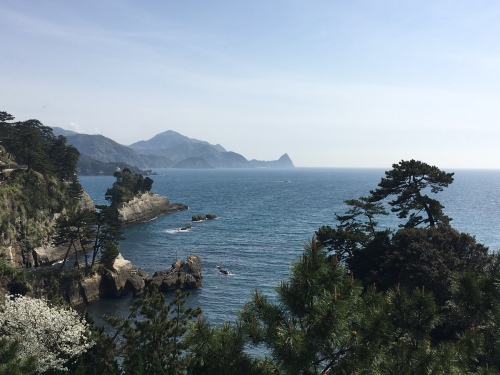 The road turned up and turned down, the subtle changes in grade keeping it interesting, and there were views of far-away paddy fields lined up on either side of the wavering silver line of a stream, a couple miles away down in the valley bottom. It kept our attention on which was, no mistake, a very long climb. And then, past the cattle ranches squeezed onto the plateau at the top, a celebratory photo, and a very long technical descent. 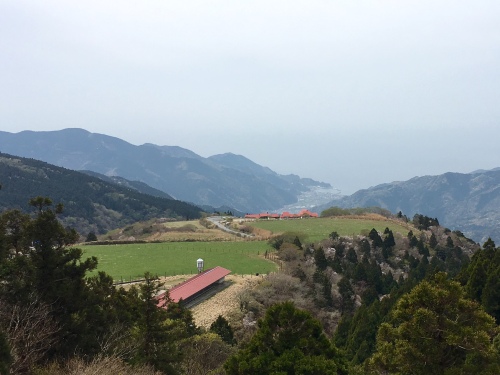 Through pine forests and narrow roads still covered with the debris of a recent storm, wet and mossy patches and the odd car coming round the next bend… we had to keep our wits about us. In the lower valley we freewheeled through idyllic hamlets, but also past decrepit mining operations, long deserted and gated off. The open sores on the landscape are hidden on the lower slopes of many a climb in Japan. 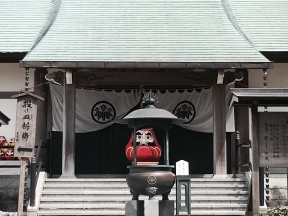 Our original plan was to cross over the main route 414 and tackle a couple more, lesser, climbs up to Atami. But it was already lunchtime, we still had to get a train back to Tokyo and there was of course, work the next morning. Excuses excuses. Ah, this was good enough ! Some tiring climbs but no “epic” bragging rights, no hardship, no drama… just a very pleasant and highly repeatable route. One and a half days had given us the highlights of Izu, in just the right season.

I’ll be back next year. And next year I will finish in Atami… 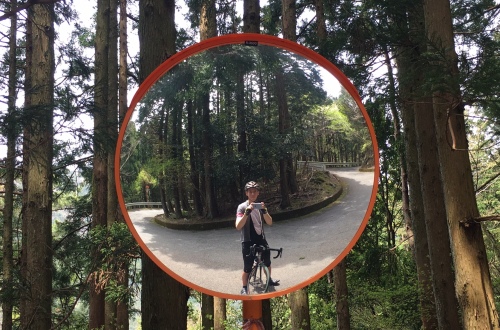