Something Serious: The Okutama Big Loop 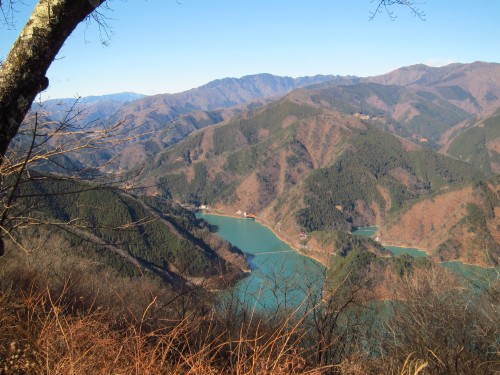 A Pass with a View

I was waiting at the lights when she pulled up, young, slim and beautiful. We were waiting for them to change but it was still red. She shifted position on the saddle, slightly cocked her leg and – after a short pause – let out a massive fart.  And then she turned to look at me, defiance in her stare.  “Beat that” she seemed to say, baiting me.

On any other day, I’d be more than a match for a blow-off challenge, confident I would trump her trump – but not today. Today was the start of my “Long Slow Distance” training, the objective being to keep your heart rate deliberately low – in the “fat burning” zone – to build endurance and, hopefully, lose a bit of Christmas excess. As such, i wasn’t relying on the power bars and gels I usually consume in some quantity, and for once I wasn’t suffering from the unpleasant side-effects of these concentrated carbohydrate snacks. Until next time, baby. 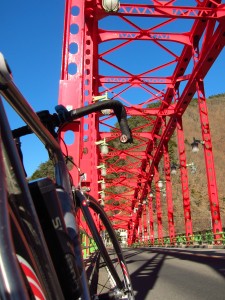 It had been less than 48 hours since I’d stepped off the plane at Narita, and this was my first proper bike ride (my first real exercise!) in three weeks. But bollocks to the jet lag – it felt glorious to be back on my bike in the Japanese mountains ! The sun was bright, like a hundred watt bulb blinding me in this curiously clear sky, but it was cold, and the lower reaches of the valley up to Tomin No Mori was too deep for the light to penetrate. My water bottle quickly froze and I climbed with a slow thirst. But the road had been gritted and cleared, and the rare patches of ice remaining were easy to avoid. Isn’t it incredible that you can still summit 1200m passes in the middle of Winter !  But long climbs mean long descents and painful, painful frozen fingers.

At the regular Soba stop, I was warned that he next climb on my list, Tsuru Toge was fully iced up. This time last year I’d ignored similar advice… and did a bit of ice-skating, putting out of action for three weeks. So I headed East back towards Tokyo instead, taking a new “long route” up through Saitama, getting lost a fair bit, and discovering a rather nice quiet route to the river, and home.

And I was lucky – the wind was behind me.

A Roadside Shrine in the Shadows

Ride Memo: 190km with 1700m climbing. The return route from Okutama is a little complicated – Garmin GPS data is here.

This entry was posted in Day Rides and tagged LSD, Okutama, Shrine. Bookmark the permalink.

2 responses to “Something Serious: The Okutama Big Loop”